The Texas Weapons Systems (TWS) Handguard was something I wanted for my Ak the second I saw it. One issue I have with the AK platform is the smallish handguards. Although the Arsenal handguards are excellent and are probably the best when it comes to shielding you from the heat of the barrel and gas tube, they are rather short which can be an issue for taller guys with long arms. The other major problem with the AK is its ability to run an optic and a weapon light. The TWS Handguard seemed to be the answer to all of these problems.

First off, they are expensive, like $265 expensive. Second they are hard to find. Seems TWS is having issues getting them out the door, so much so that Gabe Suarez has canceled the use of the TWS Handguard on his Universal Rifle. The primary retail vendor for these is One Source Tactical (OST). TWS is really messing with OST on these. I ordered one when they were in stock, but OST ships as products come in. It took OST & TWS over a month and a half to get me the handguard. I was not thrilled by the responses I got from either company but I would side with OST. They have a lot of angry customers complaining about delays. 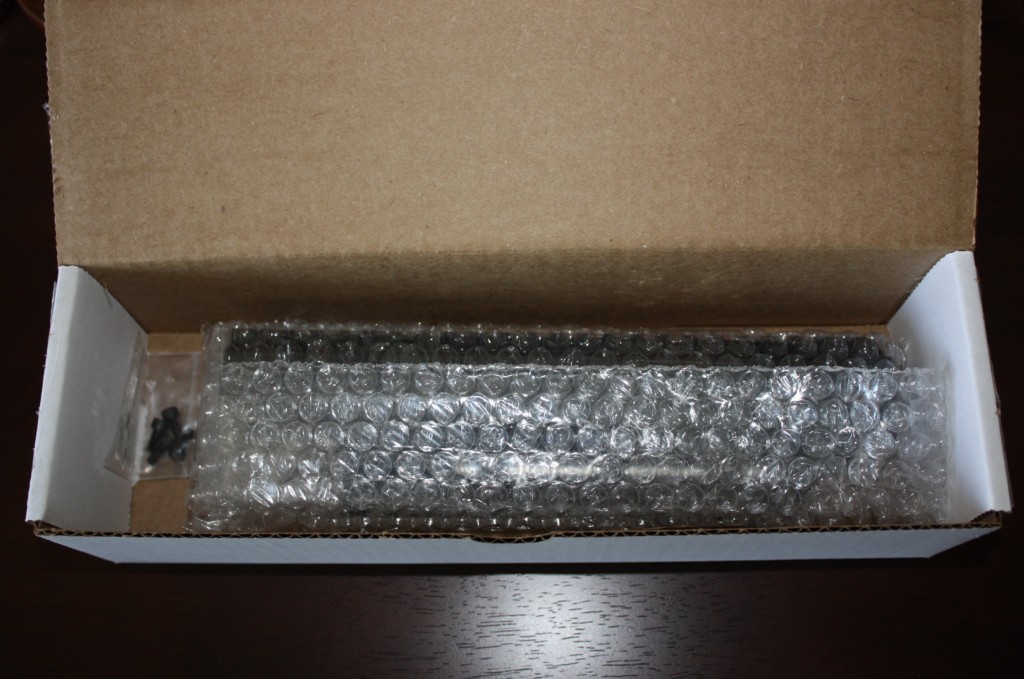 In the end the handguard finally arrived along with OST’s Terrorist Interdiction Bag (TIB) which I ordered during the delay and asked them to add to the order (which they were awesome about). Look for our review of the TIB in the future but first impression it is an awesome bag. 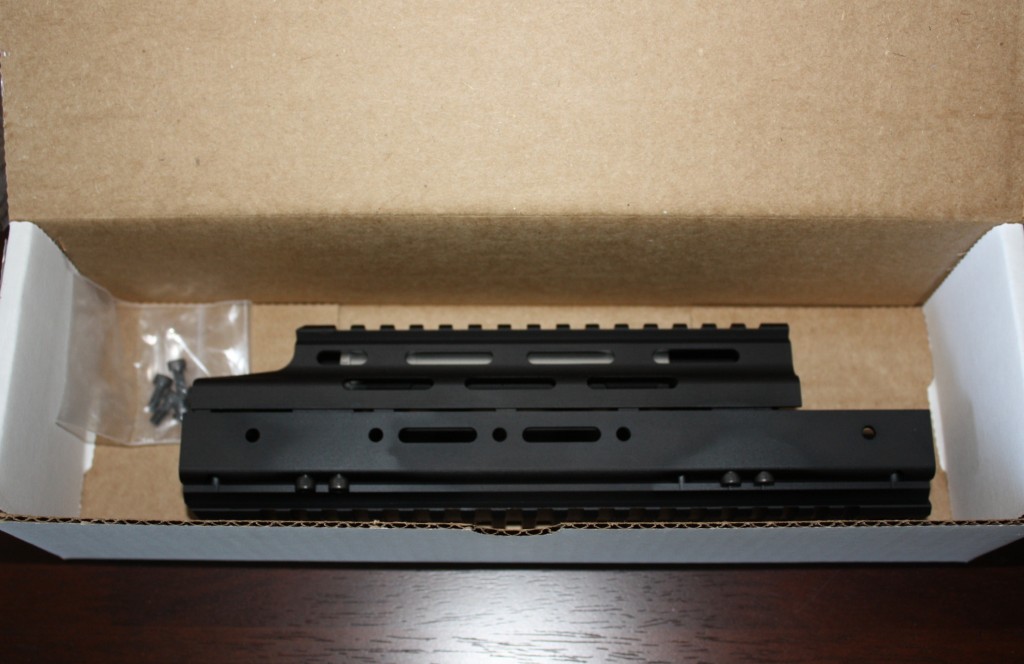 The TWS Handguard comes in a simple box with NO instructions. If you poke around online there is a massive outcry not only for instructions but also how much of a pain in the ass it is to install. TWS must have been listening, at least on the pain in the ass side, as it looks like it has had a redesign from the first handguards that were shipped. There used to be a bushing system that was supposed to in theory aid in barrel harmonics and accuracy. Now it just clamps onto the barrel. TWS probably saw that the bushing system was a source of pain when installing the handguard and got rid of it. 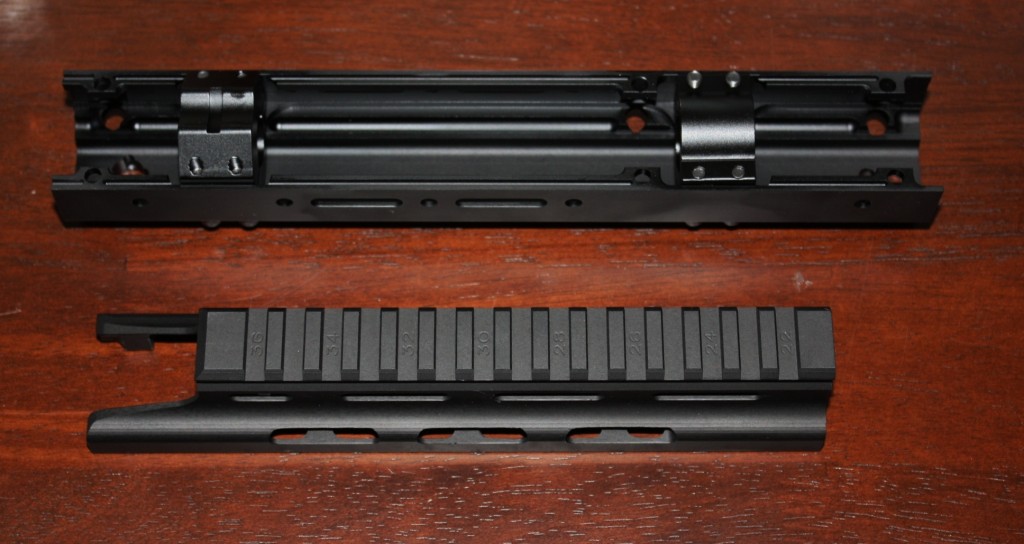 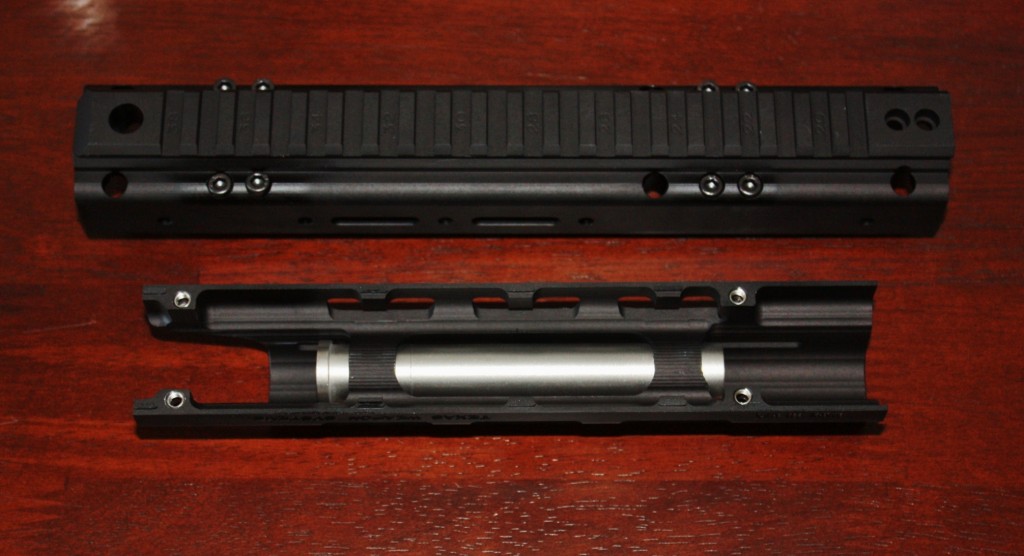 The install was not that bad once you figured out how it goes together. Again instructions would be stellar here. First thing you need to do is cut off your handguard retainer. After that I would recommend not using a gun vise. I think it’s much easier to do the install with the gun vertical and installing the barrel brackets onto the barrel. Once that’s done you can flip the rifle over and install the top part of the handguard. 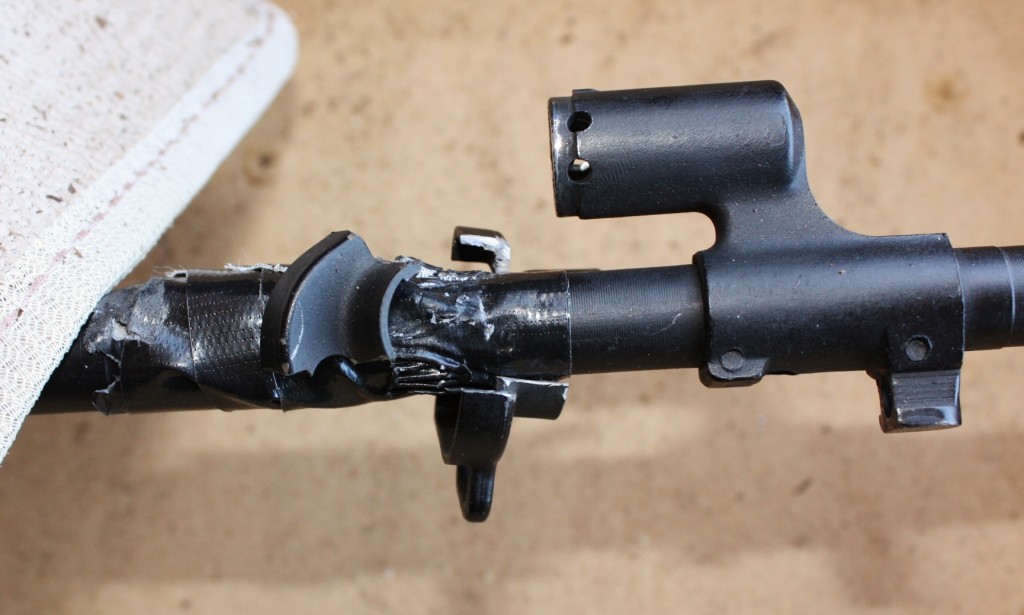 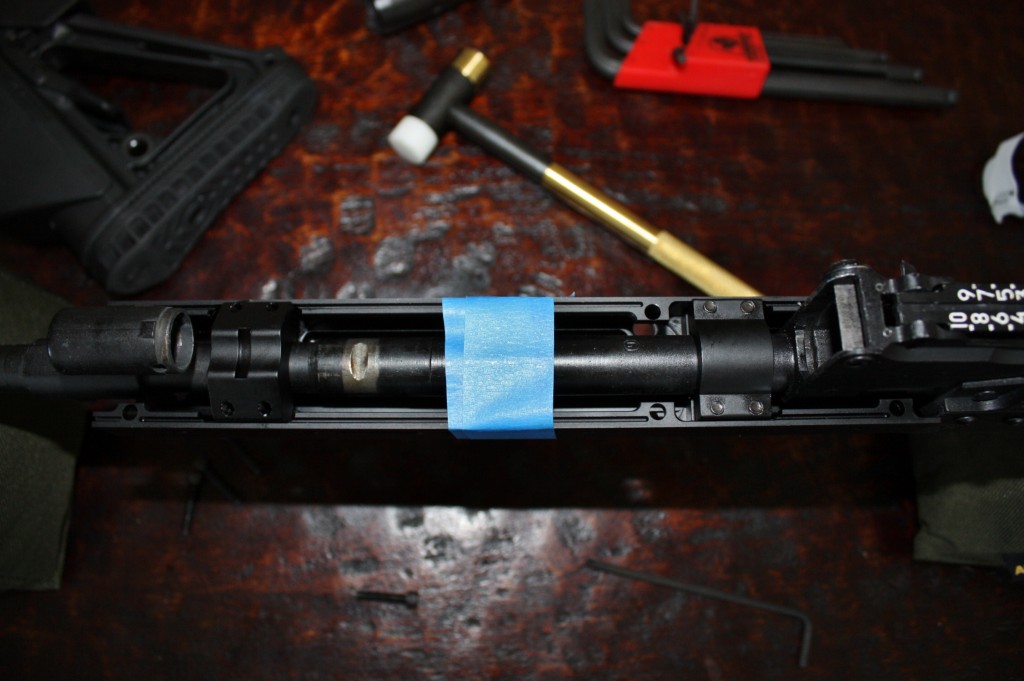 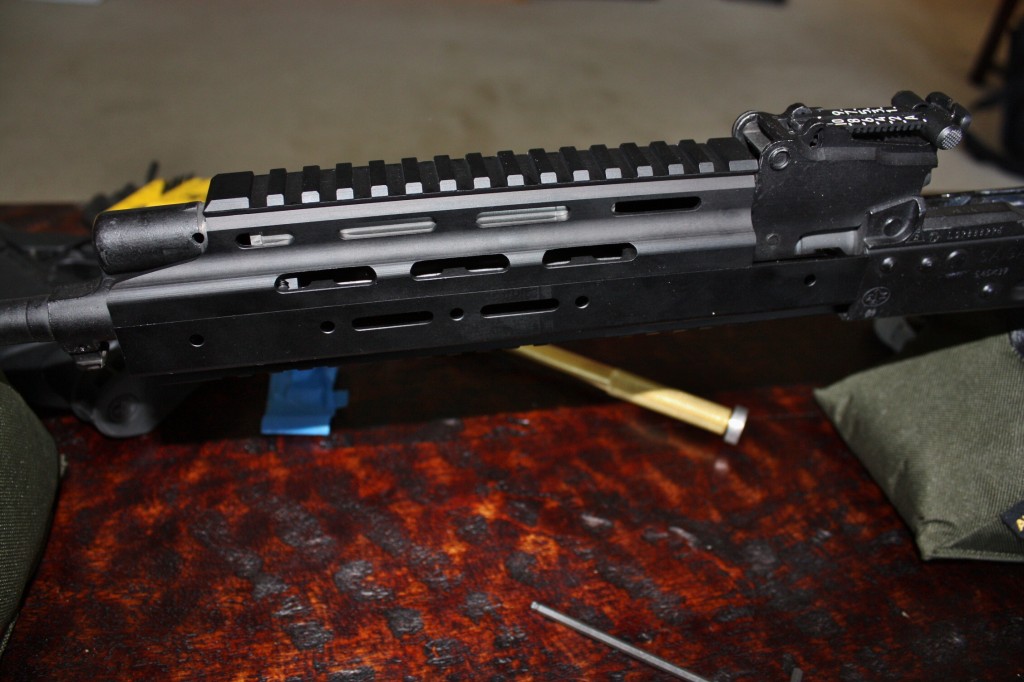 Here are my impressions of using this handguard for a month and running at least 1k rounds through the SGL & TWS Handguard – the good, bad, and ugly:

It’s a great handguard  for the AK. It adds much needed length to the AK as a system. That length allows you to fully extend you support arm and pull the rifle into you. This greatly reduces muzzle climb and makes the rifle more controllable. The rail is a beautiful piece of milled aluminum that has a tough black anodization.

The handguard only includes the top and bottom rail but has attachment points for side rails on the sides; although these are not available from OST or TWS at the time of writing. The rail is somewhat light and could weigh substantially more like the Ultimak lower handguard. The handguard came in at 13.5 oz on my scale, just 3 oz heavier than the stock Arsenal set. The rail is super slim at an inch and a half and very easy to manipulate. It is Solid as a rock when installed and would have no issue using it on a battle rifle. You can easily see why Gabe wanted to use it on his Universal Rifle Project. 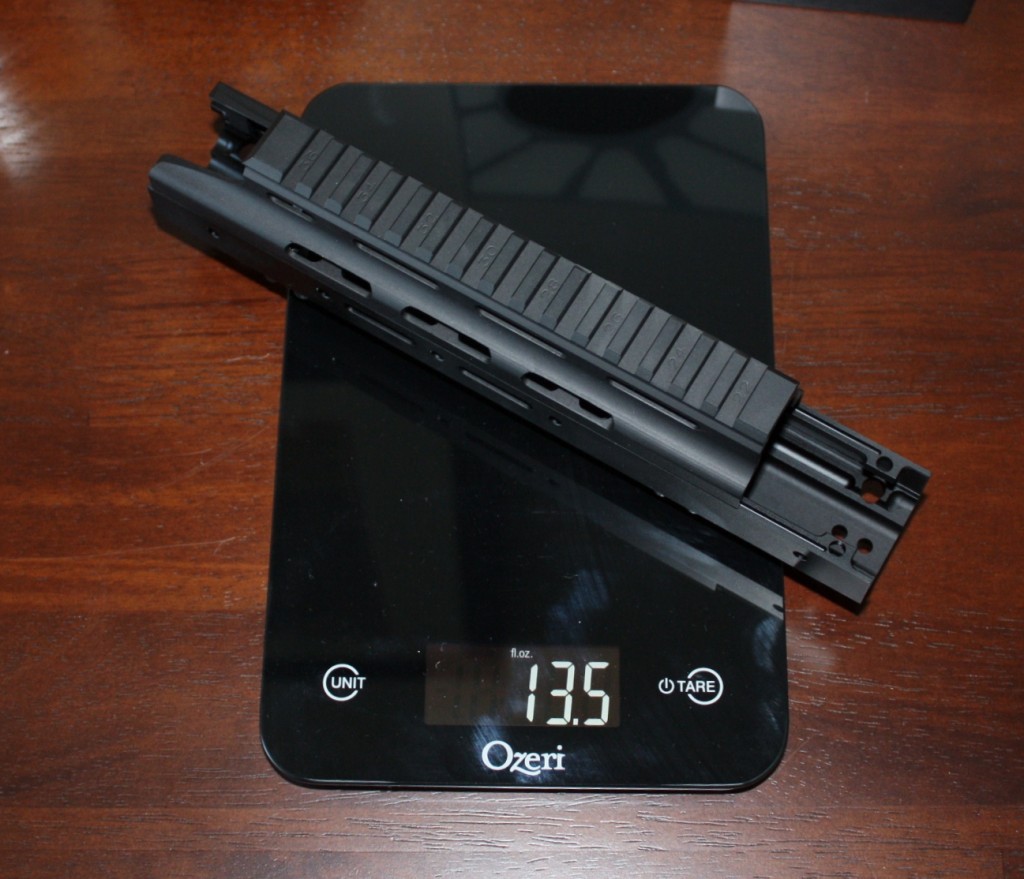 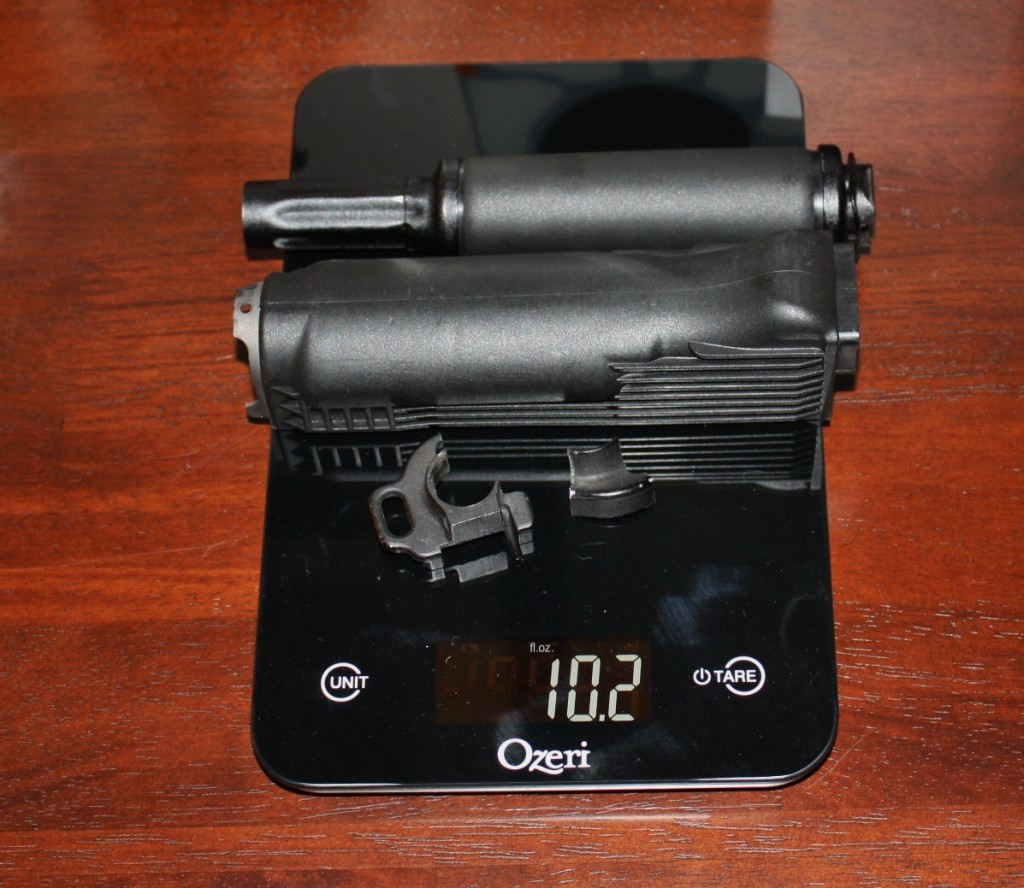 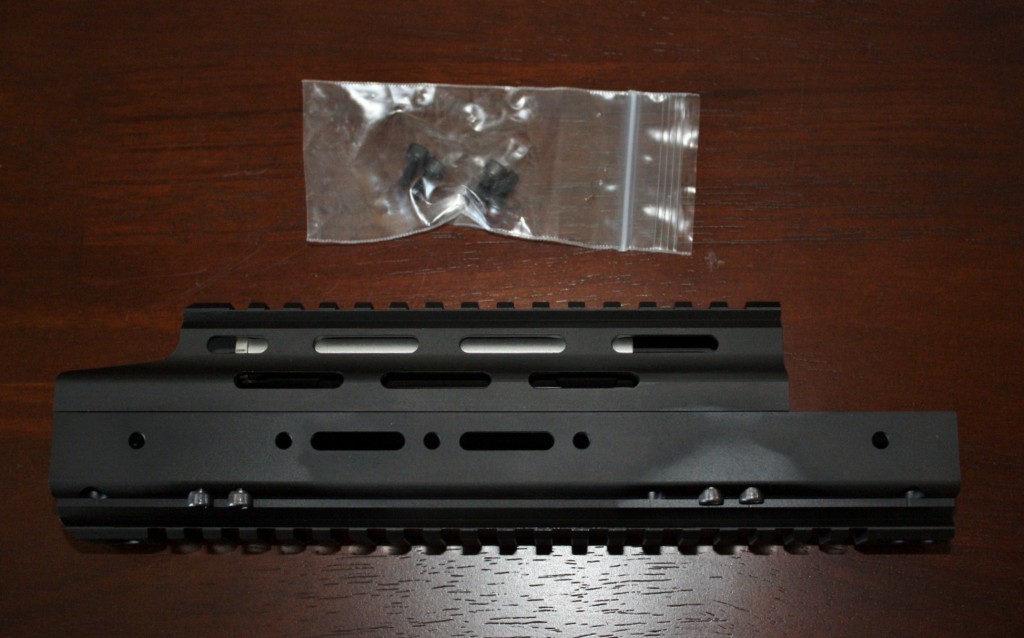 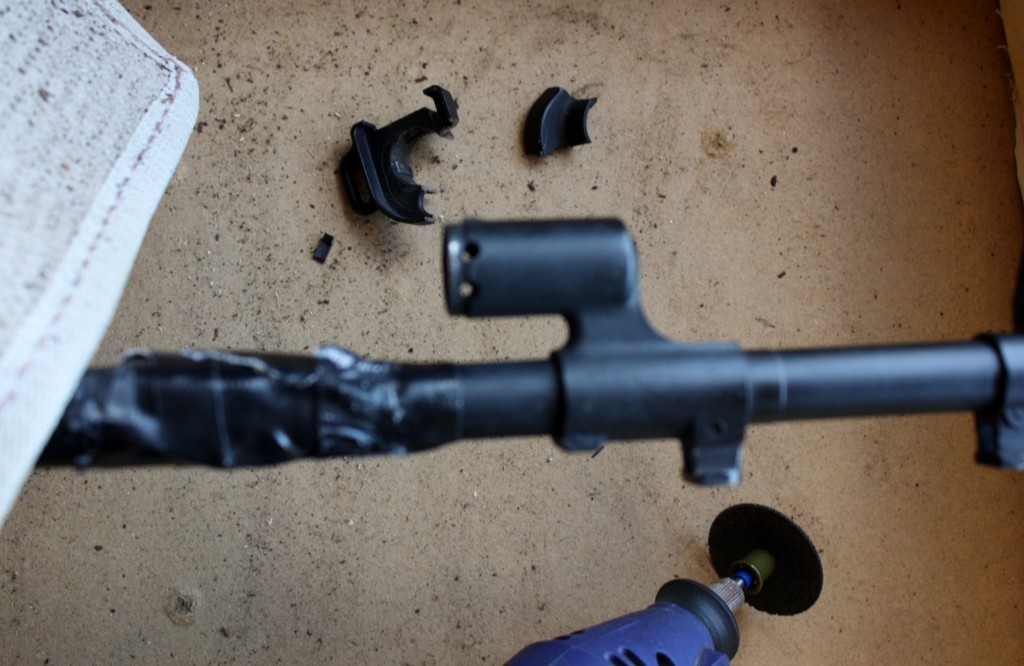 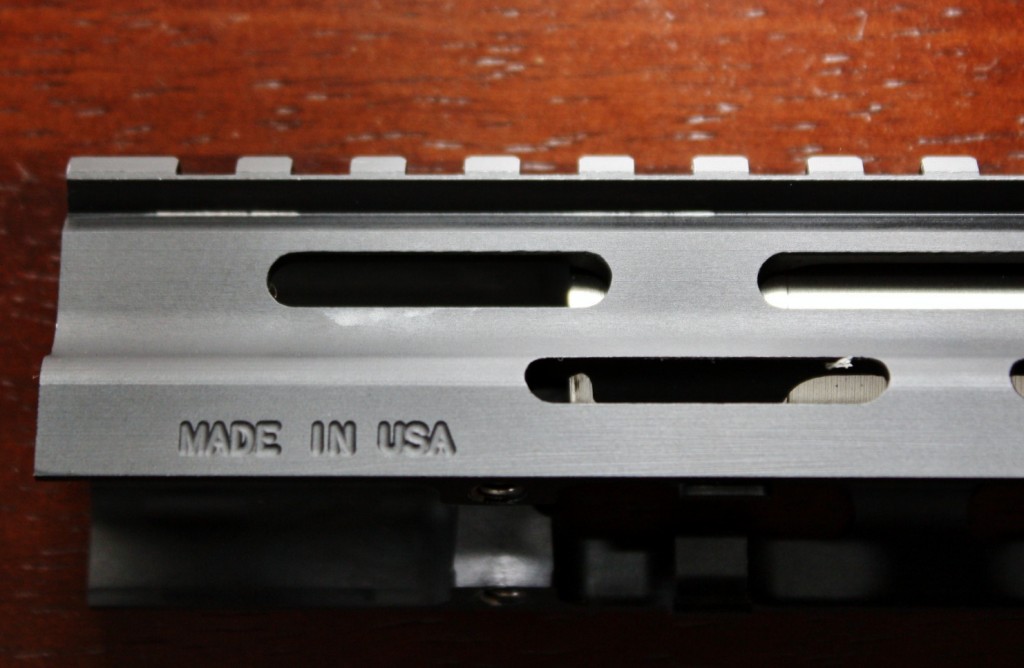 Support from TWS SUCKS!! I don’t like to bitch about good companies and TWS has a reputation of making great AK accessories especially the dogleg top rail. I have a buddy who has one and he loves it. This is one of the reasons that I decided to purchase the TWS Handguard. That being said I must have called TWS a dozen times about different things. No one ever answered and they ask for you to leave a massage and they will get back to you within 24 hours. I never once received a call back. This is unacceptable. You need to have someone to answer the phone if you are going to have a legitimate business. This person can be hourly and minim wage, just get someone to respond to your customers. Atlantic Firearms gets like 400 emails a day and 300 calls. In both cases they have gotten back to me on questions. It may not be within 24 hours but they will get back to me. Same with Rifle Dynamics, super busy, but they always get back to me to answer my questions. I’m going to say right now, I would not do business with TWS ever again because of this. If you have an issue you are SOL. The greatest warranty in the world is junk if you can’t get anyone to respond.

The handguard gets HOT, I mean ridiculously HOT. This was something I was worried about early on knowing how hot the Unltimak gas tube gets but it seemed that everyone over at Warrior Talk that had an early build of the handguard was not experiencing heat issues. My guess is this has to due with the redesign. The early ones with the bushings had a layer that prevented the heat, Gabe said he ran through a case (1000 rounds) of 5.45 doing drills in about an hour and a half and the handguard was not blazing hot. He said it was warm but not too hot to handle and he doesn’t wear gloves when he shoots. I believe him, and I think the significant changes to the design have negatively affected this. I have a trick of adding automotive heat tape with 3M safety tape on top to make a heat/grip tape sandwich that works awesome for the Ultimak Gas Tube sides but that tape combo did not help with the TWS. 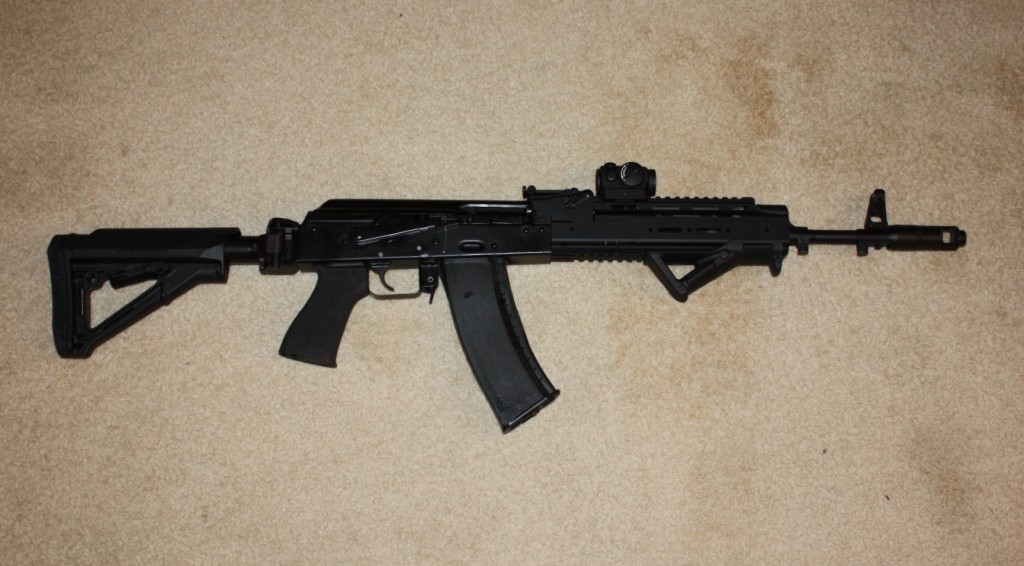 If you want to throw on the handguard and put in the safe, it will be beautiful, but if you are going to use your rifle it is going to get very hot and I’m not talking about mag dumps either. During normal shooting it gets hot, not you’re a wimp hot, hot like you can’t handle it without gloves (still hot with gloves) or rail covers and because there are no side rails you are SOL again, which brings us to another awesome item on our list.

Those slots and holes on the sides are not standard size. That means you can’t throw a Magpul MOE Polymer Rail Section without modifications to the handguard (making the holes larger) or using smaller screws. UTG, same thing. This is unbelievable. So you could say it was designed to fit TWS side rails but they don’t exist and why would you not use the standard size for the industry. This also goes for any handguard products like the Impact Weapons Components QD Sling Mount. It would be sweet to put a QD mount up front, but the holes are too small. 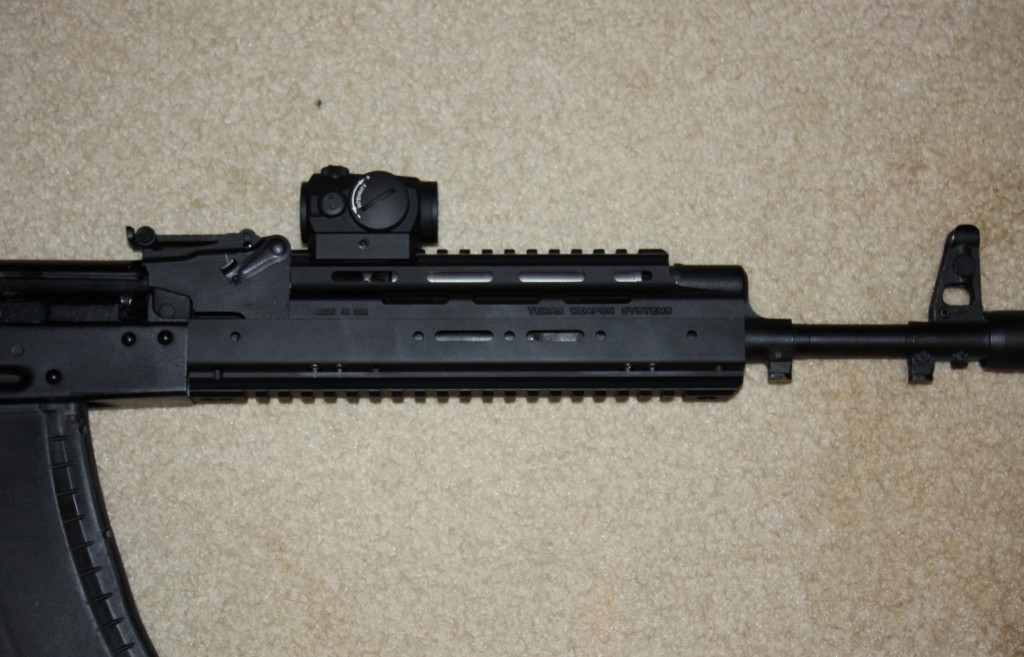 I could go on, but I think you get the point. I would not recommend this handguard to anyone. I wouldn’t even use it if you gave me one.

I believe that any fighting rifle should have a red dot and a weapon light. This has been hard to do with an AK. If you want to put the red dot and light up front, I think you have two options. Go the proven route of using a Ultimak Gas Tube replacement along with the new Haley Strategic Thorntail SBR mount. Or I would use the Midwest Industries Handguard which are top notch, don’t get nuclear hot, and you don’t need to cut off your handguard retainer. This option also gives you a myriad of standard AR options for mounting a RDS and light to your rifle.