I have been on a quest for the perfect pocket light for a while. I will start this off by saying I have a full time job and my dress requirements do not allow for a full size light. If yours does – rock and roll, more power to you. For those of us that don’t wear cargos all day long or have the ability to wear utility belts, the answer to this conundrum is a pocket light. 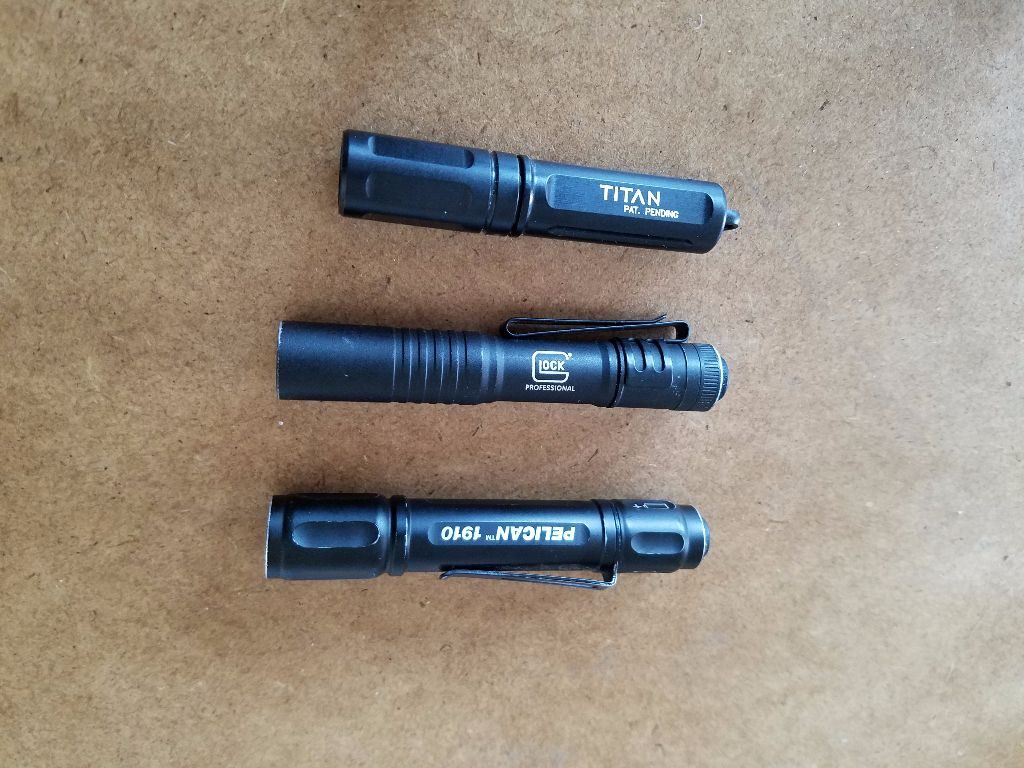 My general EDC, be it with a suit or khakis and a polo, is – a pistol (size dependent on dress), a pocket knife (size dependent on dress), wallet, phone, and a pocket light. The pocket light is one of those things like a pocket knife that once you have it in your pocket, it turns into an invaluable tool that you have a tendency to use three or four times a day.

If you ever take a GLOCK armors class, GLOCK has a number of accessories you can purchase when you’re at the class. One of those is a Streamlight Microstream Flashlight (I think they are like $10). At the time, I would just put a full size flashlights in my bag and pull it out if I needed a flashlight. I picked up a couple these lights at the armors course as gifts and decided to keep one for myself. It went into my pocket on day one and has lived there happily for several years.

The Microstream is a nifty little light that has a pocket clip that can also be used to clip on the front of your hat to be used as an improvised headlamp. The light is about 3 ½ inches long and weighs almost nothing of 1 ounce. It’s an LED light that has 43 lumens and has a runtime of about two hours. This was my goto light for years and I think I’m on my seventh or eighth one being they are so small they like to get lost. Every time I go back to renew my GLOCK armors cert I always taken the opportunity to pick up 4 or 5. 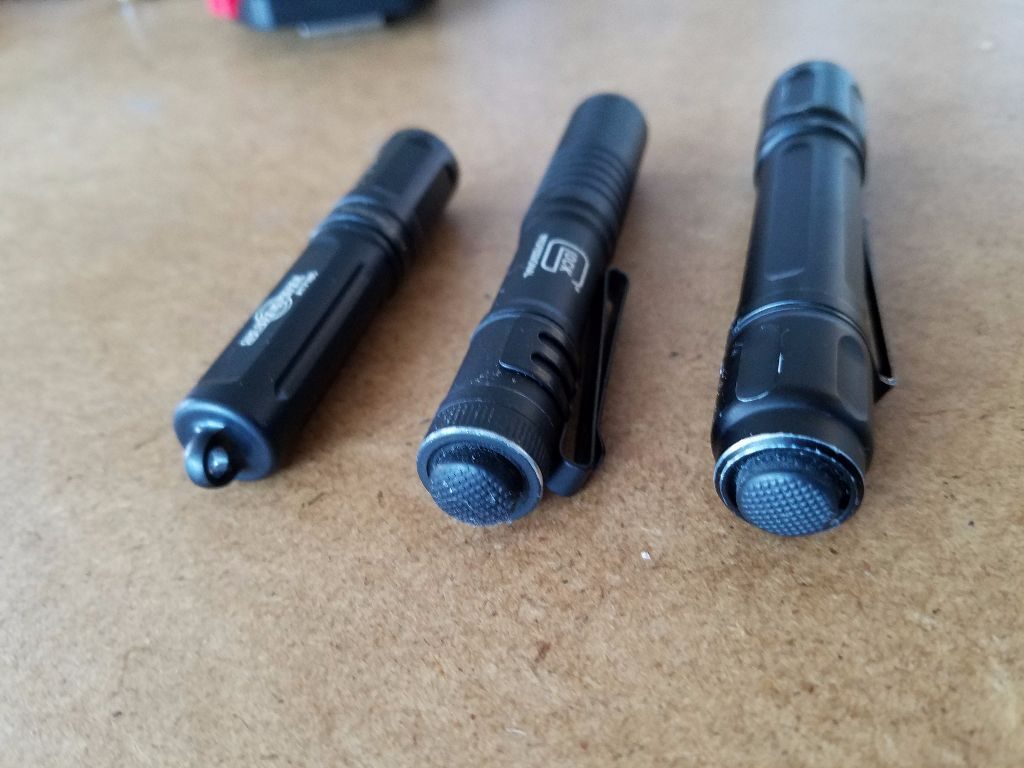 While perusing Modern Service Weapons blog, I came along a post by Tim Lau about how he was looking for another alternative to the Microstream. One of the lights he found was Pelican Flashlights 1910B which is about a quarter inch longer than the Microstream and weighs in a 1.5 ounces. But the main selling point is its 70 lumens vs the 43 of the Microstream. 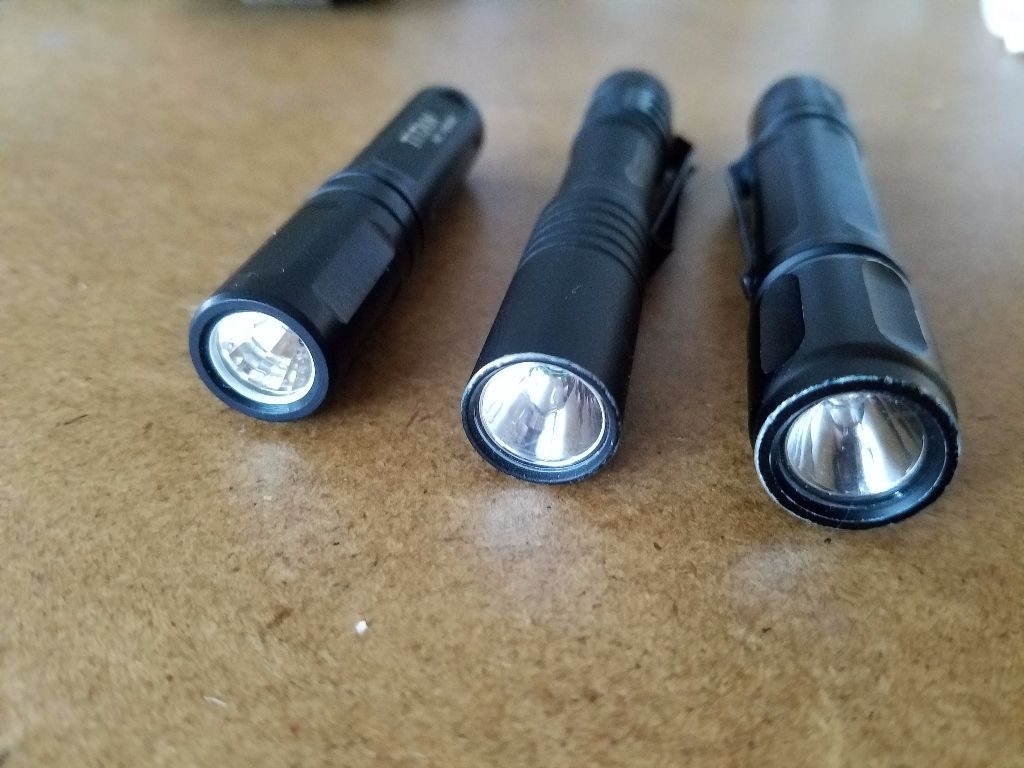 His post got me thinking and I decided to pick one up as they are crazy cheap and while I was on Amazon I looked at what the other options were. The only one I could find at the time that in my mind was reputable was from Surefire. In true Surefire fashion the Surefire Titan is double the cost of the Pelican; that being said it is smaller and has a 115 lumens. Lumens are good especially in such a small light.

After living with these lights for about a year here are my thoughts:

The Microstream is done. The Pelican killed it. Really the only reason I see to get the Microstream is the cool clip that lets you clip it onto your hat as an improvised headlamp. Its a pretty cool clip and that feature works. Next questions you have to ask yourself is how often do you wear a baseball cap. If often, I think you may really want to look at the Microstream. Streamlight needs to do a refresh on this light and bump up the lumens. When that happens I may be going back. 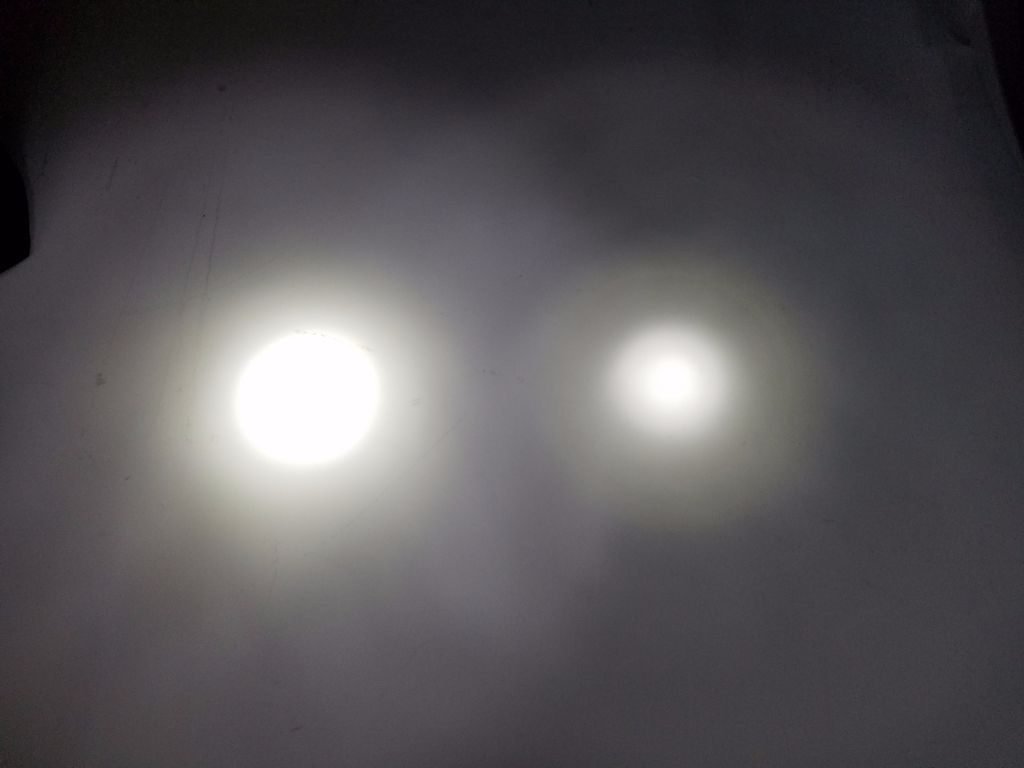 Microstream throw on the right and the Pelican on the left

The Pelican 1910B is a great light. I was originally worried about the durability and I can say that it has not failed me yet carrying it everyday for over a year and using it multiple times a day. Once you go from the 43 lumens of Microstream to the 72 lumens of the Pelican its a done deal. It is a lot of extra light and for $5 more it’s a no brainer. The Pelican has a two modes, a high (72 lumens) and low (14 lumens) which is actuated buy turning on the light via the clicky tailcap and then giving the tailcap a half press. In actual use I never use this feature and Pelican did it right by giving you the high beam first so you can never use the low if you dont want to.

That brings us to the Surefire. This light is awesome! 115 lumens in this tiny little package (smaller than both the Pelican and the Microstream) in slighty unbelievable. The light is tiny, so tiny you can put it on your keychain. So what’s the deal you ask, why am I not carrying the surefire? Because it doesn’t have a clicky tailcap. You have to twist the body like a pen to turn on the light on, which sucks and is slow. The other part that totally sucks and is really the killer of the light is it has two modes – low (15 lumens) and high (115 lumens). To get to high you need to twist the light to turn it one and then twist it again to get to high. 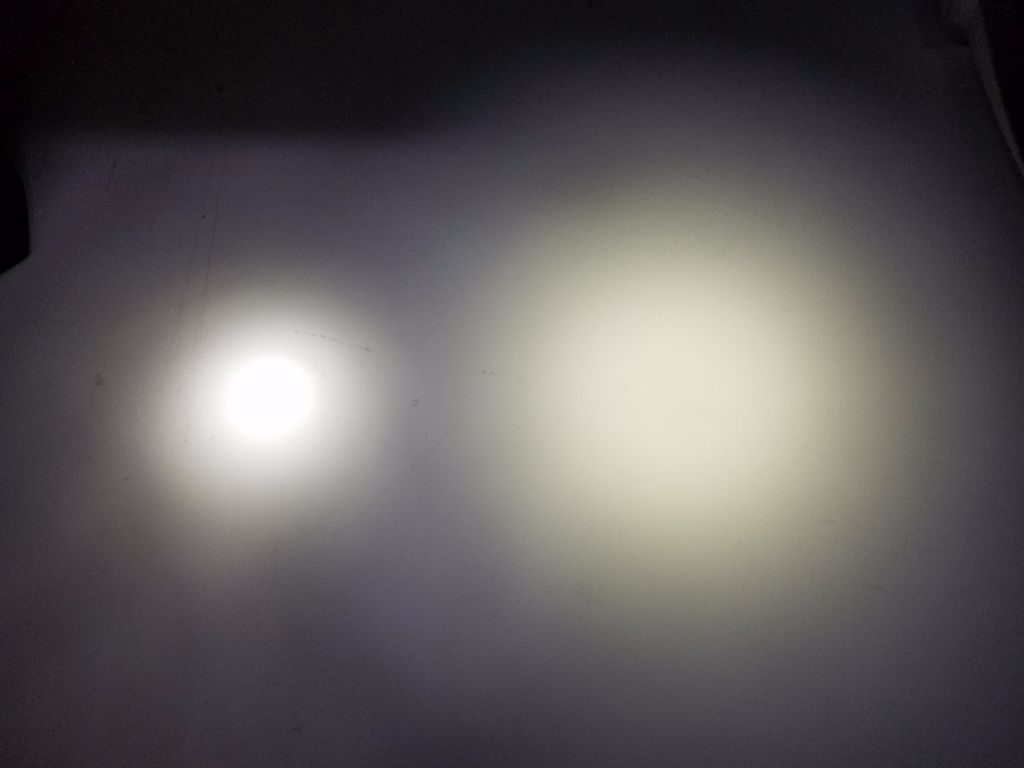 Surefire throw on the right and the Pelican on the left

At the end of the day the process of turning the light on and getting it to high is a painful, slow process compared to clicking the tailcap of the Microstream or the Pelican. But it’s a cool light and if you are looking for a crazy bright light in a tiny package it’s the one to get. I may also be jaded from years of muscle memory of clicking the tailcap.

For now at the beginning of 2017, I am going to stick with the $20 Pelican 1910B. The little bit of extra size is worth it for the extra lumens and the durability. At $20, there is no reason not to have a few laying around.