As I mentioned in the 2013 AWB AR post, I was fortunate enough to get an AR lower at before craziness prices. After the lower was all set I started to look for an upper that might work. I wanted to stay away from 5.56 due to limited availability and stumbled upon a 5.45×39 Smith & Wesson upper that was brand new in the box along with a handful of mags. The price was not crazy and even though the S&W 5.45 upper has been discontinued they still have parts and from what I can see on various forums are still covered under their lifetime warranty. 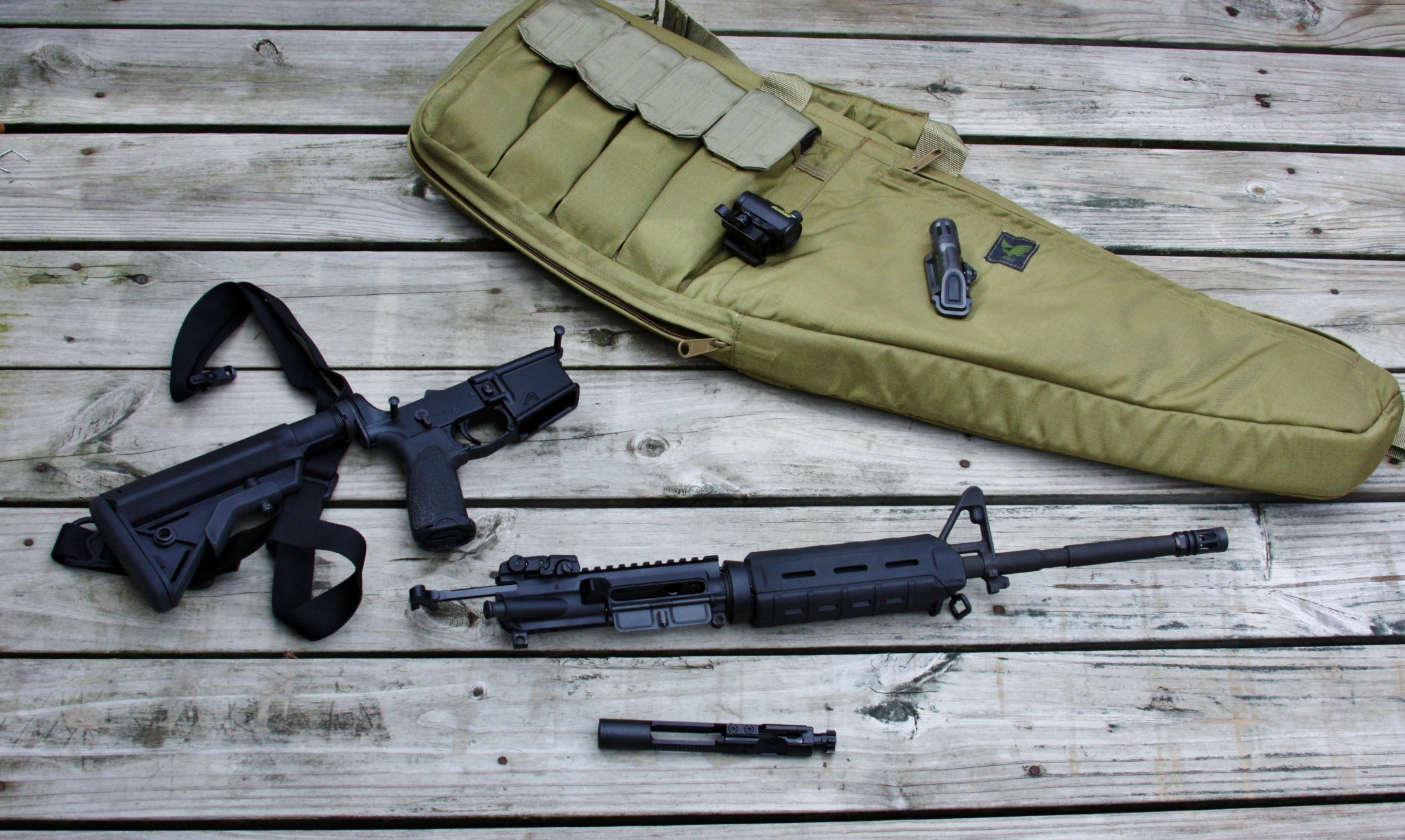 The main issue with 5.45 AR platform is the mags and they generally suck. Nobody makes a polymer AR mag for 5.45. C Products makes a steel mag that is hit or miss. There are a couple of other manufactures but you could make the case that they are re-stamped C Products mags. Surburban’s Domain did an excellent Guide to 5.45 AR Mags that I would recommend you check out if your are interested in the idea of a 5.45 upper. There has been some luck downloading 556 mags like the windowed gen 2 PMAGs and a few others but I would rather have dedicated 30 round 5.45 mags. 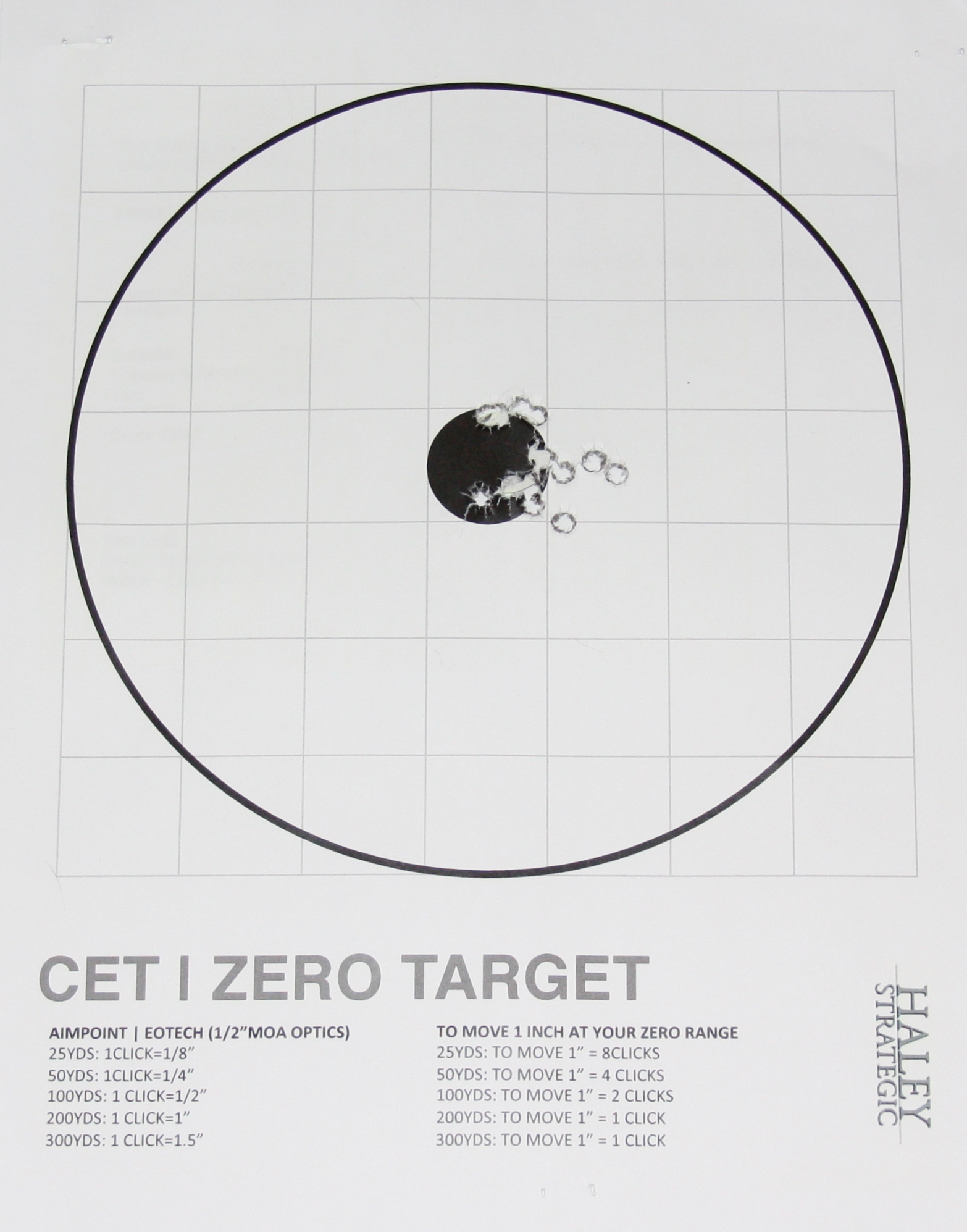 The upper has been stellar. It is a stock S&W M4 upper only difference being the 5.45×39 bolt and the 5.45×39 barrel, otherwise you could not tell it apart from its 556/223 counterparts.  I was extremely fortunate to stock up on 5.45 for my AK74 before the current chaos, so we have been having a blast shooting at least 3 times a week. She is surprisingly accurate with about a 1.5 to 2 inch MOA with good ammo like Hornady’s 5.45 and good to go with 7N6 Russian surplus but you always seem to get one or two flyers from 7N6. The upper came with stock USGI-type handguards that we quickly swapped out for the Magpul carbine length MOE handguards. Weight was the main consideration here as we are trying to keep this rifle as light as possible.

We made a couple other key swaps; we added the BCM Gunfighter charging handle MOD 4, and the new BCM Compensator. To the tail we swapped out the Magpul STR with the new B5 Systems Bravo stock and changed out the Magpul MIAD for the BCM GUNFIGHTER’s Grip Mod 1. We also added the Magpul Illumination Kit cantilever mount and attached the INFORCE WML, again the mission being to keep weight to a minimum.  Right now she sits unloaded without a mag at 6lb 11oz. Expect a review on these parts and accessories very soon. 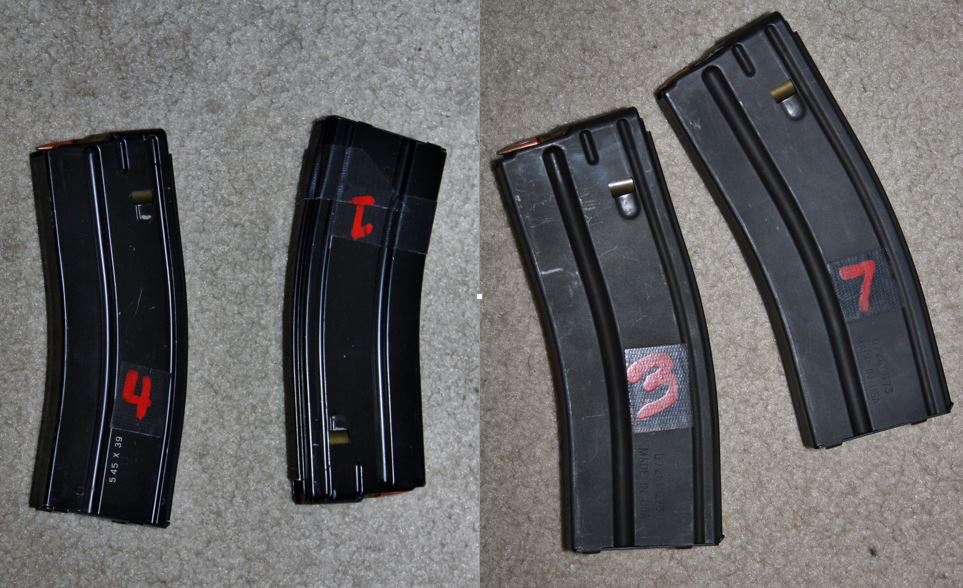 Getting back to the mags, now is not the best time to try to build out a new kit especially stocking up on mags. We were fortunate enough to get 3 mags with the upper and AIM Surplus got some in mid January, where we picked up another 5. We are on the hunt for more but 8 will have to do for now. The three that came with the upper are the older style C Products mags that are painted a shiny black. The new batch from AIM are just a parkerized black.

C Products mags have a lifetime warranty thankfully as two of the mags were garbage and would jam every outing. Those mags are off to the mother ship for replacement. The rest have been great, although sometimes they have an issue when fed into the rifle on a closed bolt. The round has a tendency to hit below the M4 feed ramp and just lock up the rifle. This is starting to go away as the rounds are creating their own feed ramps that feed into the receivers ramps. I may help this out with a little filing to extend the ramp. This really is the only issue we have seen using this upper. A polymer magazine would eliminate all these issue and allow 556/223 users a less expensive way to train while using their same lower and getting the felt recoil of a full round. Hopefully Magpul or Tapco is listening. 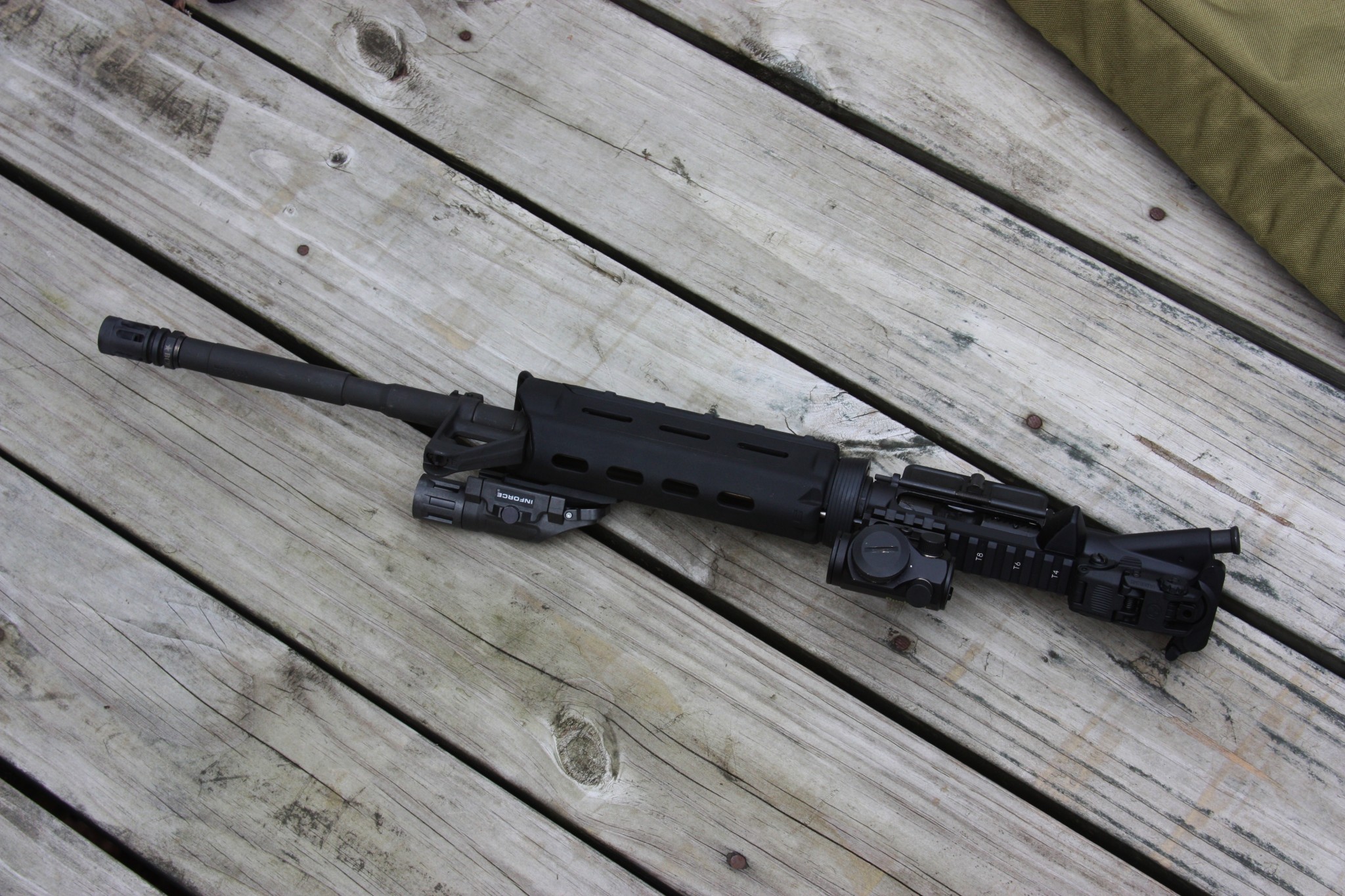 So now your saying the S&W upper is discontinued, what are my options for a 5.45 upper. Well, Spikes makes a 16″ Mid-Length 5.45×39 Upper Receiver that is sold by AIM Surplus. There are a few more out there but I would stick with the Spikes. It comes with MOE Mid-Length handguard. It also comes with a Melonite finish inside and out and a Nickel Boron coated Bolt Carrier Group. This upper was not available when I was looking and I could not pass up the deal I was able to get. Spikes has an excellent warranty and I would highly recommend this as the upper to get. Vuurwapen Blog did a great review HERE. 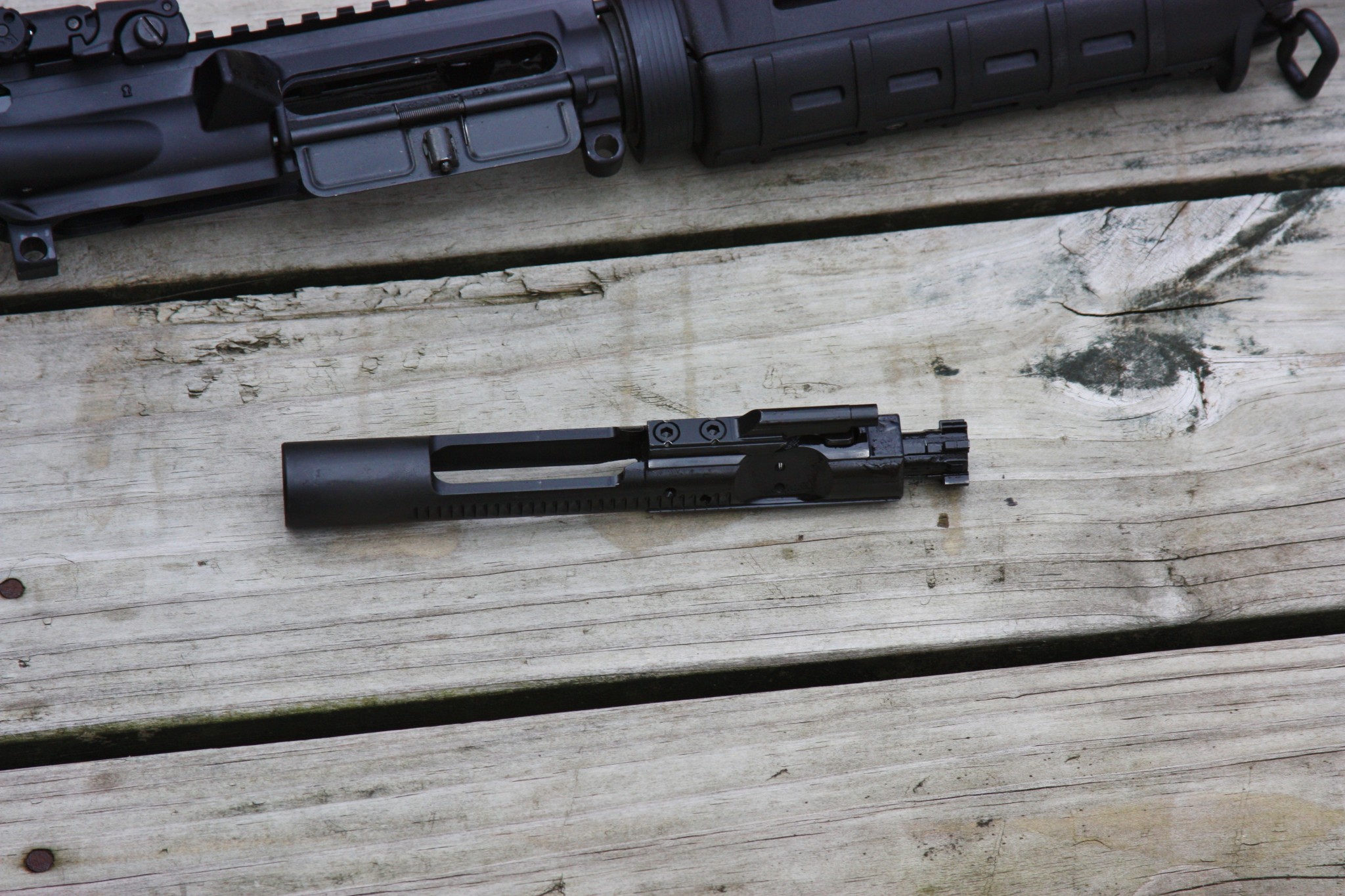 I love this rifle. If I see the Spikes Mid-Length come up again I think I will grab one and swap out the S&W. I think the Mid-Length is a flatter shooting system and I would like to have bit more rail space and longer handguard.