When I got my AK back from Nate at Unique Armament Creations, I wanted to see if the cleaning rod would work with the new Bolton Block integrated front site block / gas block. Nate had replaced the stock Arsenal lower handguard retainer that has a hole for the cleaning rod with a new one as I cut the first one off when I installed the TWS handguard. The question was if the Bolton Block would interfere the cleaning rod or push it too far down to be usable. As you can see from the picture below it works perfectly. 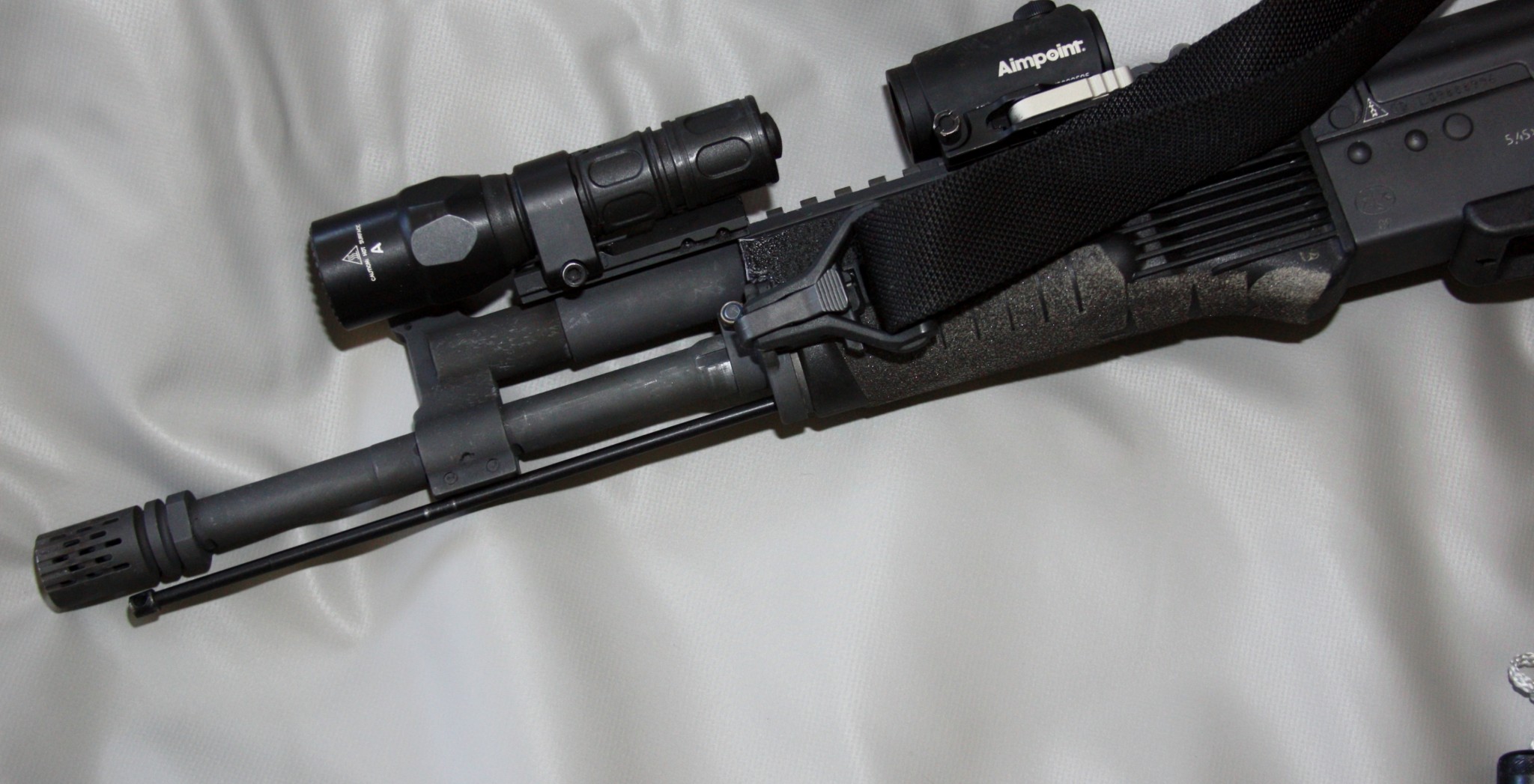 It doesn’t have the secondary retainer of the front site block but it works just fine and I have not had any issues with it moving around under stress. In other words; once it’s in there it’s not going anywhere.

So the other missing piece to the puzzle is the AK74 cleaning kit. Since I’m no longer using the Arsenal Buttstock there is nowhere to put it other than in my rifle case. Randomly thinking about the issue I emailed Chris Bonesteel about the buffer tube on his folding stock and asked him if it was hollow. He responded it was and they had tossed around the idea of making it a storage space. 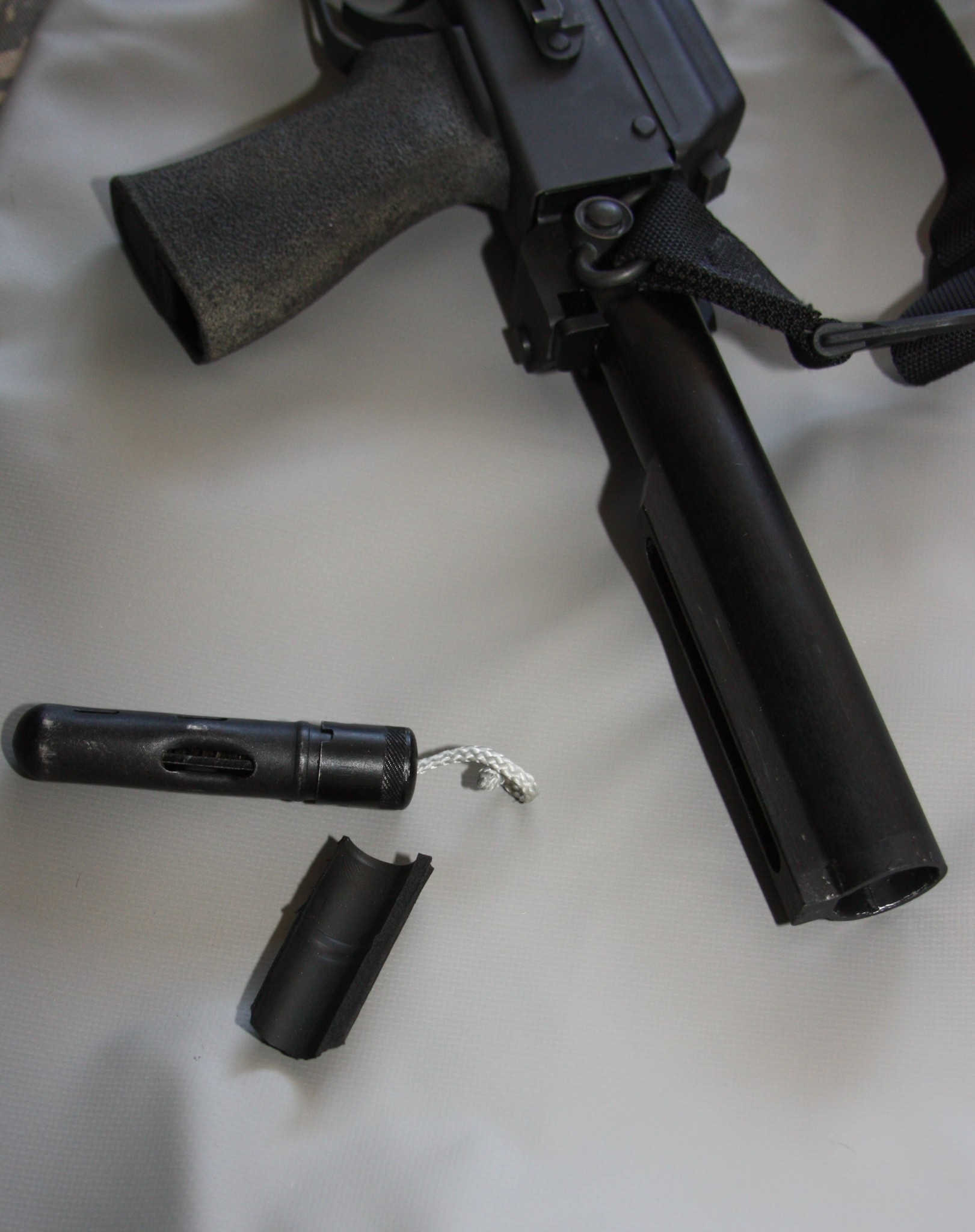 In talking to a machinist friend of mine about the structural integrity of the buffer tube if I drilled out the cap he asked if we could drill a pilot hole – I said sure. From measurements taken from the pilot hole he said there would be no issue as the stock is way sturdier than a tipical M4 buffer tube and whomever designed it over engineered it in a good way for strength.

Sorry I didn’t get a pic of the end of the buttstock prior to me drilling it out but it essentially comes to a machined end like an M4 buffer tube. From the pilot hole I just drilled it out with a ¾ inch drill bit and used a dremel to clean up the edges to make them flush with the side walls. A little spray paint and some testing to see if it would have any effect on the strength of the tube (which it didn’t) I moved on to how to get the smaller cleaning kit to fit in the tube without bouncing around. 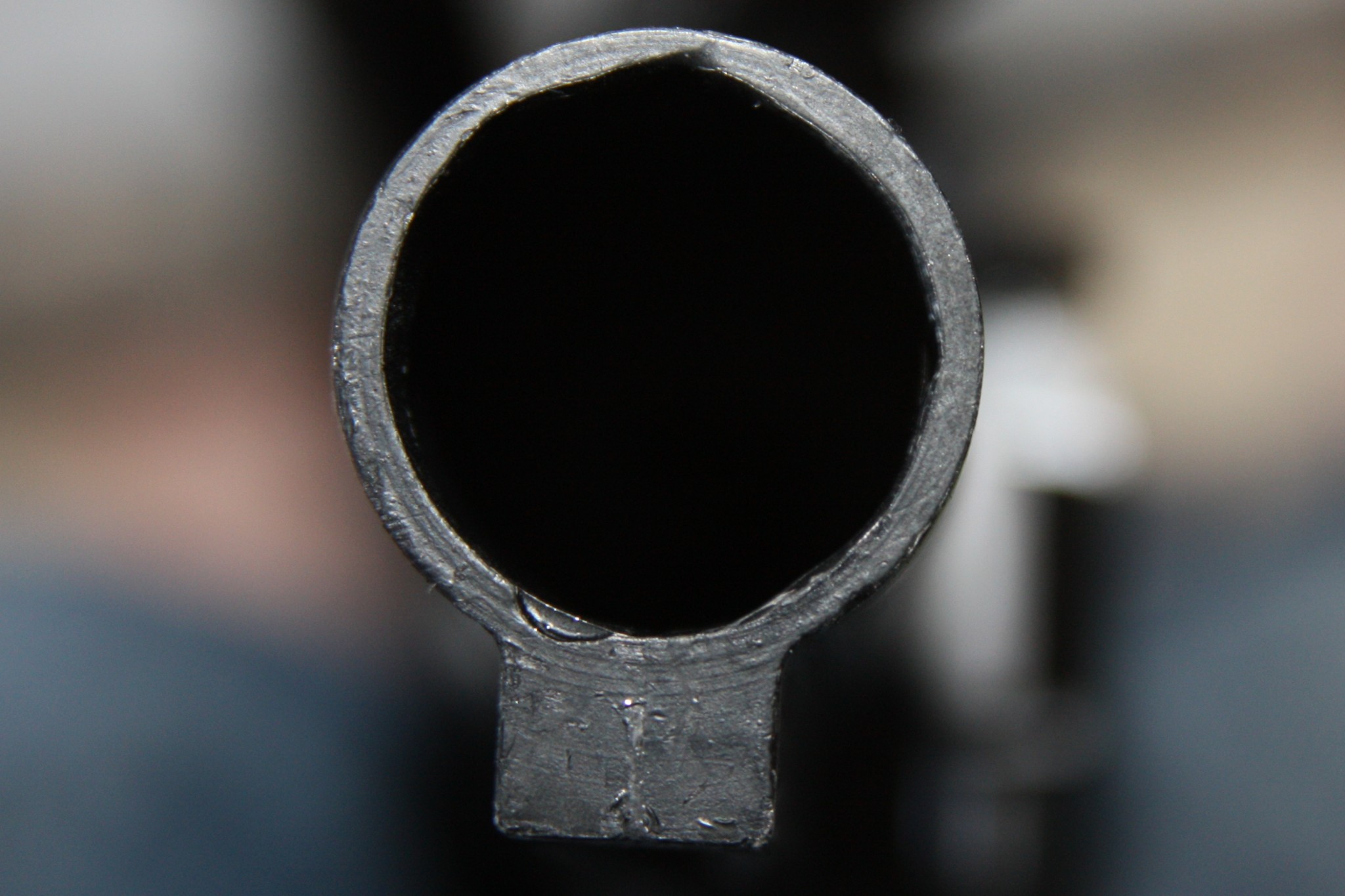 I found some foam grips off an old weed trimmer and originally wanted to make a sleeve that would fit over the cleaning kit and hold the kit at the end. That plan wasn’t going to work with what I had on hand so I just cut a piece of the foam tubing down to act as a stop so the kit would be at the end of the tube for easy access. I then added a piece of nylon cord to the cap of the cleaning kit to make a pull tie and used a smaller piece of the foam to act as a buffer so the kit didn’t rattle around in the tube. 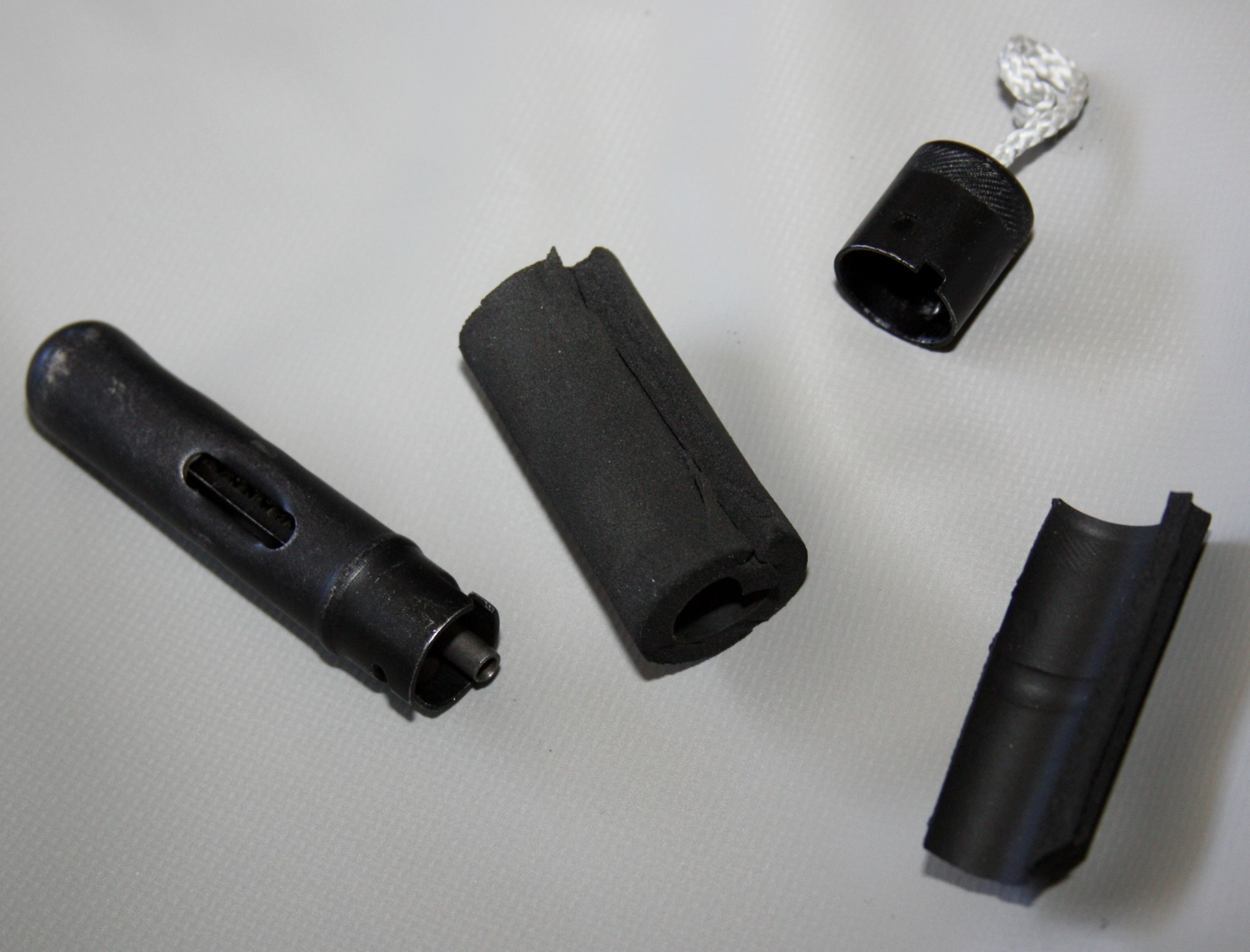 So far this has work out awesome. The kit is very snug in the tube and has nowhere to move to. I am super happy with how it all turned out although if I took a trip to the hardware store I may be able to create a more elegant solution but for now, it works just fine. I wanted to post this to give those of you that have the Bonsteel stock ideas about how to make your rifle more functional. 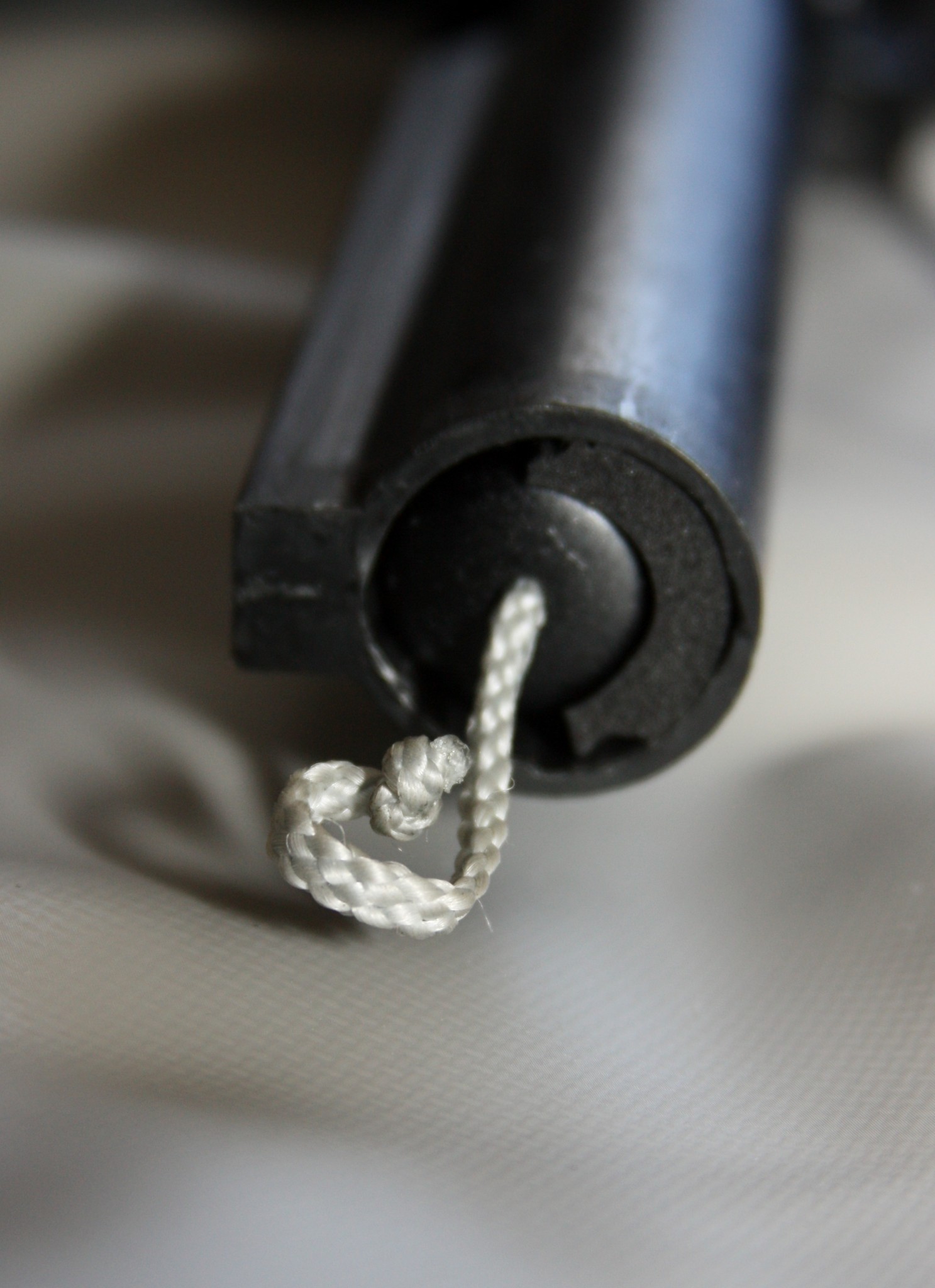 I’m now able to have all the luxuries of a normal AK with the cleaning kit and cleaning rod always with the rifle while being able to modernize it to today’s fighting standards. Although not as easy as the spring loaded buttstock system it would work just fine if you were stuck in the field and needed the kit for maintenance or cleaning.